Search
by najamPosted on February 1, 2013

How can Google stop updating its search engine when the entire world is relying on it for their work? Those of you who revolve around web for work are already aware of Google refreshes which most like take place after every 4 weeks or so. Google’s intentions are never bad and through the updates it makes; it’s always facilitating the work and letting those come front that are loyal and doing everything write. But this does not seem to be the case with most of us! Google’s Panda Update #23 which was rolled out on November 21, 2012 showed a disaster for major companies and affected 1.3% of search queries. The refresh for this update was on December 21st that affected 0.8% of the search work. 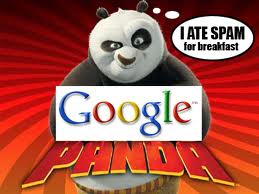 Google has again blown away bloggers with its latest algorithm update which started off with minor blows. The latest update is #24 that has taken place on January 17, 2013, it’s affects by far shows a number of 1.2% of English search queries being affected. For once Google has to stop releasing these updates, at-least to let the bloggers acquire stability! But since this search engine is the king and nothing has changed that factor, therefore pleads cannot help. However, this latest update did not affect as much as the previous ones, for now we can believe that majority of the webmasters were prepared and have been working more carefully.

Once the update takes place, the sudden decrease in traffic is must. Some blogger’s suffered with instant decrease while the others taste the flavors of increased traffic results. No one by far has been able to conclude what actually makes the difference and what makes Google ranking favorable. Yet, it’s a simple belief that those who provide quality content and keep their fingers out of the Black hat technique along with extra stuffing are on the safe side and don’t have to worry of the updates. The rule’s are made simpler by Google (though so many in number), if you follow the right way; you will see better ranking.

Here’s a quick review of the updates and their affects, up till now:

Google has all the right to come up with updates just like promotional bags, but it should at-least in advance inform the webmasters (of-course not individually). Once it makes an announcement it should not deny and accept what it has written. The recent update was predicted by webmaster’s just two days before it happened, but Google denied and right after two days the release took place. If Google is what the world relies on; it should equally respect their presence and let the blogger’s breathe for a while. For now, you can keep yourself prepared, for what will be wrong or right in future is in Google’s hands.